Welcome to Day 2 of the Reversal blog tour. 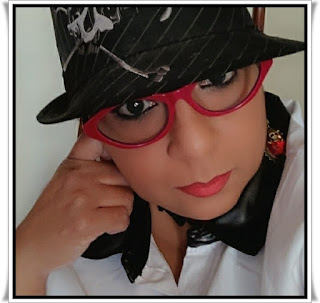 When the location and setting is also a character

Yup, you heard me right. Today I am going to talk about how the location and setting of “Reversal” is also a character in the story. Or at least, that’s how I see it.

Open your mind and let me take you on a trip into the impossible.

Over one hundred years from now a society exists that is living in a reversed reality.

This is not a dystopian future, but the future thereafter. It’s a time when humanity has rebuilt the devastation that destroyed reality as humanity knew it. But, in this time, everything is old, because old is new.

Picture being so far into the future that people are living in a replica of the past. A 1950s replica to be exact.

Underneath all of the vintage allure of this world, one can still find the rubble of a world that once was. Things that exist in our time; things like flying drones, for example. Even cars like 1950s Chevys exist. How strange is that? Wide cars with benches instead of chairs. In the hospitals, the supplies and procedures are a combination of very old and very new. Imagine syringes that are made of metal and glass, but protocol that is modern. Doctors wear two-piece suits under their coats and nurses all have white uniforms and hats. All this, but science is advanced and miraculous.
Here, in the world of Reversal, things seem ominous. Even the sun doesn’t glow in a way that illuminates nature, but rather scarcely glows at all. It’s cold, dreary and feels isolating. So much so, that there seems to be a perpetual cloud of obscurity that encompasses the entire planet.
In this upside-down world, even evolution is put to question as the forward movement of evolution has been regressed. Now, the universe evolves backwards.

In a romantic way of saying it, I would say that “What once was, is again. and what is now, may no longer be.”
So how does the setting and location play into the whole concept of the story as a character?
Well, because though seemingly mute, it has its own voice.
The echo of the world reverberates throughout the entire plot of the story. It transmutes the dilemmas of the human characters and speaks of a place and time that are tangible. Because it is foreseeable, it is relatable, it is something we know but also something we’ve never seen.
The setting and the location, speak to me. I hear its voice when I read the story. I can only hope that you have that very same experience.
Until next time.
Y. Correa
on January 19, 2021