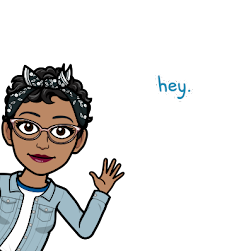 Hi again!
It's that time again.
Here to talk about the next question on the Shadow Works initiative. Today's question really made me think. I had to dig deep to come up with something because, in all truth, the grudge that I've been holding on to is something that I always tuck into a box in my brain and don't usually think about. At least, until I think about it.
But before I dive in, let's look at the question and at the Unleashed One's reply.

Do you hold grudges against others that could possibly be let go? What is your motive for holding on to them?

If I were asked this question many years ago, the answer would be yes, and my motive would be in order to justify actions to get back at the person for what was done to me.

For example, back in the seventh grade, someone who was supposed to be my best friend was telling other people stuff I said in confidence. It wasn't derogatory statements about other people but events that were going on in my personal life. Things that were causing me pain. When I confronted her about it, she not only did not apologize for doing it, she called me the "n" word.

Now, I'm not one who usually fights. I felt myself get angry, and when I am, it's best for me to walk away. But then, she got bold enough to put her hands on me, and then, all bets were off.

I felt no apology for what I did to her. I didn't even feel bad for her having to transfer to another school after everything happened. I mean, you don't betray someone's trust and insult their ethnicity and let that ride. It just wasn't in me to do so.

In the third grade, there was this guy who liked me, and we had a relationship. She wanted to be in a relationship too but decided it had to be with the guy I was with. I found out about it and broke up with him. Once he tried to remain with her, she dumped him. So, she was doing that just to get at me.

In the sixth grade, there was this guy who became friends with me. Usually, I'd be that person sitting by myself on the bus. I'd gotten used to that since back in those times, I was rather awkward looking and got picked on a lot. This guy was one of the few people who didn't see the extra weight, the ugly eyeglasses, and the braces. He treated me like a person, and we even had some things in common.

We were just friends, but my cousin started rumors that this guy and I were a couple. What bothered me was that it wasn't true, not because I was black and he was white. Despite the other kids staring, the guy didn't stop sitting with me on the bus. He didn't stop calling me or interacting with me, even when others (kids and adults) starting giving him a hard time.

I hoped that if she and I talked, then the rumors would stop since she had started them in the first place. Instead, she resorted to doing the same antics the bullies did. Her last act was knocking my eyeglasses off of my face, which stirred up my fury. We fought soon after.

Although she apologized, I didn't accept her apology. I held on to the hurt and anger throughout the remainder of my school years, and it wasn't until well into adulthood that I was open to interacting with her again.

Now, I realize that holding grudges does not really serve a benefit. It's a waste of energy that could be transformed into something positive.

Yes, one can use the failures, betrayals, and disappointments to teach one what not to do and what to look for, but when the lessons turn into fuel for vengeance (which is what a grudge is), then it becomes unhealthy on a spiritual, mental, emotional, and physical scale. Holding a grudge gives another person power over one's actions, and when I came to realize that, I made moves differently.

Any grudge I had against anybody I released when I received that breakthrough. However, that doesn't mean that I shouldn't tailor my interactions accordingly. I don't view a clean slate as the wiping away of egregious actions but the opportunity to establish something new. That something new doesn't always translate into a person still having a role in my life or that person holding the same place as he or she did before. Whether that individual feels a certain way about that I cannot control. I can only control my emotions and actions.

That's all I have. Now I hand the floor over to Mini Truth.

Before writing my thoughts, the first thing that occurred to me was that the grudge I'd been holding on to the longest, I'd recently let go in a very spirit-filled moment of spiritual reconstruction and growth.

It was the grudge I held against my ex-husband and all the things therein. I won't get into the meat of that, as that, in some terms, is old news. Most of the people that know something about my story, know about that part of my testimony.

What a lot of people don't know is the pain and trauma I recently endured at the hands of abusive employers.

Honestly, the fact that employers could also be abusive was something that never really occurred to me throughout my life. Therefore, looking at employment as one would a personal relationship was that last thing I thought of.

Now, in retrospect, I see that they go hand-in-hand. Unfortunately, at this time I was ignorant to these details. I paid the price severely—in the form of deep-seated trauma.

It all started about five years ago.

Having recently moved to New Jersey to live with my sister and her husband, and having freshly weathered some truly trying circumstances with my sister, in the attempts to rebuild the fabric of our family unit I needed to find a job. Stat.

I won't go into those details either. I'll just stay with the pertinent facts.

In to time at all, I'd scored the job. I was more excited than I could say. Not only would I be able to do my job financially within my family unit, but I'd also be working in a field that meant the world to me. It seemed like a win-win. I had struck gold.

Or so I thought.

Long story short, this place put me through hell thrice-over, and back. When I say that I went through sooooo much shit at this place, I really mean that. No exaggerations whatsoever. I damn near gave everything I had (and then some) for this job, but they continuously treated me like a dried up, nasty shit stain on marble floors. I even endured seeing my own son and other special needs kids get abused at the hands of some of the employees in this place. Something I reported and stressed to the higher-ups repeatedly. Nothing was done.

Finally, after going through the worst of the worst, I was let go under the pretense that the company was going under. Only to later find out that they had started some sort of rumor and sandal about me and accused me of doing things I had never done. Never, not once.

That broke me to damn near the point of oblivion. Had it not been for the support of my sister, I think I would have ended up in a mental institution. And I don't say that lightly. Only she can attest to how much this marred me. I mean, it was bad.

The end of that employment position paved the way to three more employers that were no better. This too is no exaggeration. You can't make this shit up. My sister, who was there the whole time, can testify to the entire story.

FOUR VERY abusive employers. It changed me entirely as it pertained to getting a job and the understanding I had of it. Like, in an abject and extreme way.

Suffice it to say, I hold a grudge. A really, really big one.

This same grudge is made worse by the fact that I also have PTSD; something I got year ago due to the other abuses I'd faced in life.

Nowadays, I find myself at the most random of times having nightmares about this place. In the nightmares I relive the torture but always retaliate with immense hate. I find myself attacking my attackers, doing them massive damage. Then I wake up startled, flummoxed and agitated.

I also, at the most inopportune moments, find myself reliving the things I went through here and at the other three locations. My mind will wander and I am suddenly distressingly disturbed. I can be driving, the car is silent, the roads are open and lovely ... then unexpectedly, I am back there. At those places, with those people, going through it all over again.

It's a horrific way to live.

Here is the problem ... I don't know how to let it go. I have no clue what I can do or how I can get past this chronic anger.

I am open to suggestions.

Well children, that's all I have for you today. Be sure to drop some suggestions or comments down below if you so desire.
See you next week for the 5th entry! 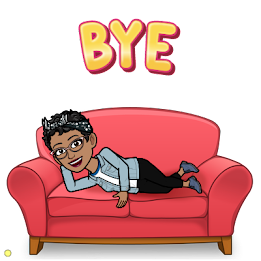