What makes a person evil, is it nature or nurture?

For many years psychologists, psychiatrists, scientists of all kinds and the like have been trying to answer this question without a definitive consensus. Some say it’s nature, others argue that it’s nurture. Then there are those who blur the lines and say that perhaps it’s both. So, is the answer black, white or grey?

Genesis, the main character of the Earth 8-8-2 saga also blurs the lines. You see, due to her makeup it’s nearly impossible to know if she was created that way, or if her upbringing turned the tide.

In my eyes this debate boils down to science versus tenet.

Let’s take a look-see and see what you think.

What does all of this mean? Let’s see if we can figure it out.

In Genesis’ case, Nature weighs a far greater amount in the makeup of her person. The only counterbalance to her Nature are the binary elements of Nurture (Bullets #s 4 & 5). She carries within her a whopping 72% Nature against a miniscule 28% Nurture.
Which one can win the battle of her mind? Is the greatness of her Nature unremarkable against the strength of Nurturing? Or is it the other way round?
You know what? I’ll let you decide. 😉

Now, without further ado, I will present to you the revamped cover of “Earth 8-8-2: Genesis’ Rebellion”. Before I can do that, however, let’s take a quick look at the old cover. 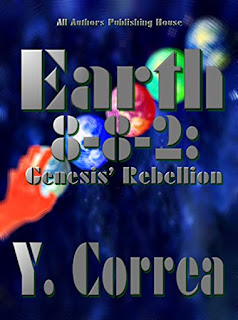 This is NOT a standalone book, but the 2nd installment in a continuing saga. 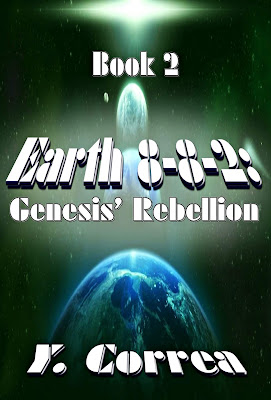 Alrighty, y’all! Welp, tomorrow is the big day! Stay tuned for the “Earth 8-8-2: Armageddon’s Rise” book release post. You’re gonna love all the surprises I have for you!