Hello, one and all! Welcome back!

Today is the big day … the official book release day of “Earth 8-8-2: Armageddon’s Rise”. I’m so glad you could join.

If you’ve been following the last week you’ve discovered many behind the scenes information regarding The Earth 8-8-2 Saga. You’ve also seen the new covers for the 1st 2 books in the collection. In case you missed it, here they are: 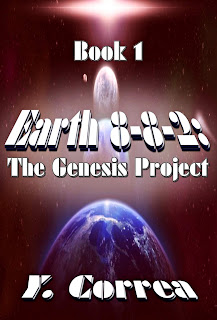 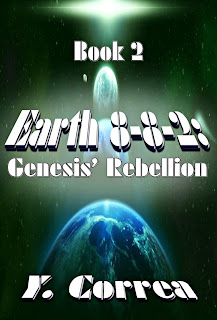 Here are the blurbs …

These are NOT a standalone books. You must read them in order to get the full story.

Now that you’ve been caught up, let’s take a look at book three. First, the blurb.

In the midst of Genesis' emotional Armageddon comes an Armageddon ... of a different kind.

From the residual carnage arises Experiment-8-8-2.1, Project Armageddon. He desperately seeks the answers to his own existence. Upon searching, Armageddon is confronted by the blinding fury of Genesis, which serves as an unwelcome hindrance until the timely interjection of Dr. Anicom Zenit.
When Experiment-8-8-2.1's origins and purpose is divulged, will Armageddon continue to rise?
Or will the exquisite apex of scientific rebellion known as Genesis remain a formidable deterrent of progress? 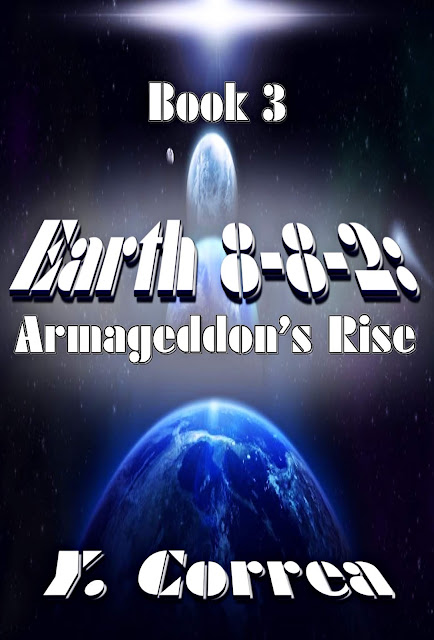