Simmer Sweet and The Simmer of Spicy

I'm all about helping promote my brothers and sisters in literary arms. So this week it's been all about Whimsical Liberation. Today, you get to look at what Synful Desire has up her proverbial sleeves for you.
With that, I'm out.
Syn, take it away! 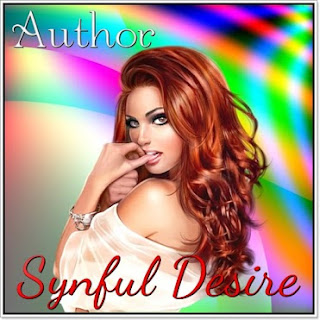 The concept of Simmer Sweet developed a few years before putting it into print. The story encompasses three traits: discovery, desire (no pun intended), and declaration.

Have you ever discovered a truth about yourself that may be uncomfortable to those closest to you?

Have you ever had desire for someone but debated whether to express it?

If you choose to express this desire, do you worry about the other person’s reaction, whether the response is acceptance or rejection?

All of these “D” elements simmer when the reader meets Kesha and Teresa.

While Teresa is working through her feelings, an unexpected phone call changes something that could have been dismissed by Kesha as wishful thinking into a tangible possibility.

I will not be a spoiler, for those who have not read Simmer Sweet. However, I will provide an excerpt to whet your appetite. 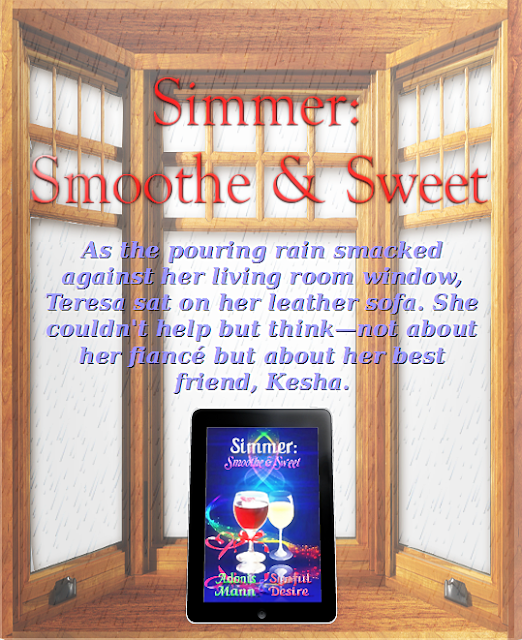 Confession: Originally, I had not planned on doing a continuation of Simmer Sweet. From an author’s perspective, the tale of Kesha and Teresa was one and done.
However, as preparations were being made for a revamped Simmer: Smoothe & Sweet cover and interior, it gave me an opportunity to re-read Simmer Sweet.
While going through the story, the questions which ran through my mind resonated as situations the readers would wonder about. There were enough inquiries raised to toy with the idea of another story that would answer all of those questions. Yet, I didn’t want to do it without my Hunk of Hot Literature Adonis Mann.
Luckily, not much was needed to convince him to come aboard.
The extensive architecture produced the twists and turns involved in The Simmer of Spicy. Unlike diving right in the deep end, as I did with Simmer Sweet, I spent more time developing the character and mannerisms of Kesha and Teresa. This involved slowing the pace for the readers, so that they could become fully invested, not only in the two central characters but some new people along the way.
Here’s a small excerpt from The Simmer of Spicy to prepare you for an inkling of the drama to expect. Okay Awesome Visitors, that about does it! I am stoked about not only the release of Simmer: Sensual & Spicy but also a special treat as it pertains to the 1st book Simmer: Smoothe & Sweet.
Until next time,