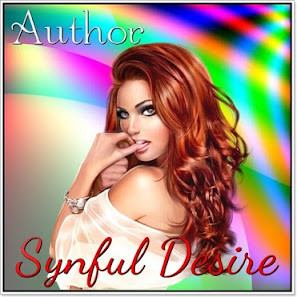 "Surrender is Liberation"
Synful Desire surrenders to writing whatever resides in her mind, be it contemporary drama, contemporary romance, erotica, historical drama, science fiction, or situational comedy. More often than not, these works of literature rebel against what is accepted or found in society. She believes there are readers who yearn for something more than trends, whether it is a different twist on an old narrative or advocacy of unorthodox situations.
Current Works
Collaborative Work
Featured in
Future features

What is her Sci-Fi Contribution? 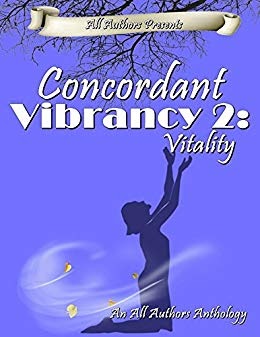 Excerpt of "Return to Hues"

Earth
7 Years Later
“Kno’Ba get up sleepyhead! You’re going to be late for school.”
Gracie stressed way too much. My internal clock was always more accurate than some machine. I do confess being delighted when the tone of her voice was animated.
It had taken a bit of time but my body adjusted and morphed to almost human specifications. My orbs now appeared as oversized eyes and my lips were well-formed but more suited on a female human—due to the coloring and plumpness. I gained height and muscle definition but no hair on any part of my form. I also lacked a belly button and definitive male anatomy. Nor did my skin stay one color but changed based on the emotions I experienced.
In human years my numerical age was seventeen. Yet from the world of my birth, I was several centuries old. In fact, for every human year on Earth, one hundred years passed in my world.
It had been seven hundred years since I last saw the gray I despised. Seven hundred years since I viewed the Darkness. Seven hundred years since I spent time with my parents. Seven hundred years since I had been home.
Yet I was surrounded with so much care by the family that found me, particularly by Gracie. She was the one who convinced her parents to help me. Although the Earth doctors were at a loss on how to mend me, once the blackness was expelled from my body, my powers of healing were restored. However, the atmosphere of Earth changed my original composition, which resulted in various shifts in my appearance.