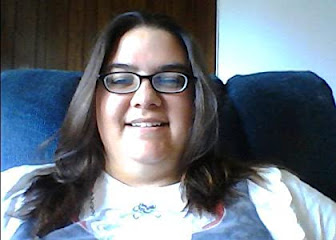 I am a freelance writer and poet. I am a huge nerd and can often be found reading, watching movies, or playing videogames. I love science fiction and fantasy, especially in books. I have several books published on Amazon Kindle, including a science fiction series titled The Accidental Heroes Chronicles, a romance titled A Weight Relieved, and a children’s series titled Gerald the Chicken  I have also recently published a queer, paranormal fantasy story titled Underneath. The short story, The Smile Maidens, has also been published in Women of the Wild: An Anthology. Also, as of May 2020, the title Shadows and a Touch of Magic is available through Corvus Quill Press. All of these are under the pen name S. E. Cyborski.

What are her Sci-Fi Contributions?

​While he doesn't like the sound of the experimental drug trial his girlfriend Amy Veksler found a flyer for on campus, George Ormond still lets himself be persuaded to join it. He,Amy, and three other students go to a warehouse where Doctor Adam Carnesby, the biology professor who's running the study, has everything set up for the month long trial. Everything seems to be going well even though all five of the students become sick for a week after their first injections. At the start of the second week, they all recover, feeling better than ever. Then, they start to discover that there were more side effects to the drug than just a cold.

With Amy, Sandra, and Michael gone, George and Billy feel at loose ends. Then Dr. Carnesby informs them that The Corporation wants to continue testing Gnotret and they want him to put together another trial with more volunteers. George and Billy agree to help, wondering how things might go wrong this time.

The second group who participated in the medical trial has splintered, just as the first had. Rose, Brandy, and Nick choose to remain with Dr. Carnesby and the others in the effort to deal with Sandra, Michael, and Amy. Eric decides to join forces with Sandra, craving some of the fame and wealth she is accruing.
Meanwhile, Elyse and Darryl start work with Lucian and the Corporation. Things seem to be going well but both are asked to do some difficult things. Soon, both will have to decide if using their abilities for the Corporation is truly what they want to do.
Gnotret, the alien being behind the abilities each person has developed, has its own plans. And now, it's finally in a position to start putting those plans into action.

Things come to a head with Sandra and the others. During their confrontation, Amy's madness returns. Can George and the others prevail and save Amy and Michael from Sandra? And there is another problem brewing. Wendy, who had escaped from the second trial without developing abilities, has fallen ill with the same flu-like symptoms and nightmares the rest of them had. Meanwhile, Darryl realizes that his mission for the Corporation isn't as cut and dried as Lucian made it seem. He discovers what his ability is actually being used for as well as what Elyse's mission really was. Neither of which is a very comfortable discovery.

​Gnotret takes steps towards its ultimate goal as it draws Lucian and Katrina into the fold. Meanwhile, Wendy and Billy work on healing Amy. Friction continues to grow between Elyse and Darryl in the wake of discovering what their respective missions for Lucian really entailed. When Jane and Dr. Carnesby realize exactly what Gnotret is, they can’t keep it a secret from the others. And when that information is shared, the group decides there is only one course of action. Can George and the others defeat Gnotret before it completes its plans? The thrilling conclusion to The Accidental Heroes Chronicles will answer that question and more.

This is an alternate ending to Victory, book 5 of The Accidental Heroes Chronicles. It is only available as an ebook.