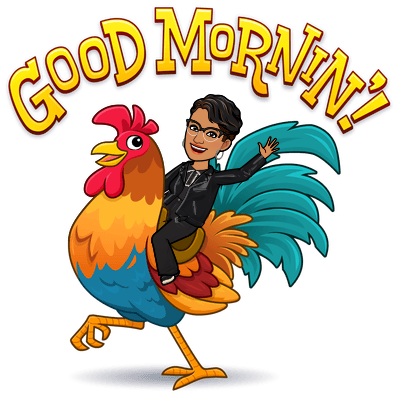 So my best friend and business partner, Queen of Spades (AKA, The Unleashed One), invited me to be a part of something called "Shadow Work".

For those of you who don't know what Shadow Work is, it s a spiritual venture to explore self-healing and spiritual wholeness. During the Shadow Work experiment, Queen and I will be addressing one question per week that dives deep into our soul outlook on various topics.

This speaks loudly to my heart because at my core I am a very spiritual person. As some of you may also know, I am a psychic. However, throughout my life I have faced some adversities that have made it very difficult to reach my spiritual matrix and apex. Something moved me to want to participate in this Shadow Work venture so as to mend that break and hopefully obtain what I so desperately yearn for.

With that said, let's dive right in. Here is this week's question ...

What cliché makes your stomach turn and why? Is it the inaccuracy or the accuracy that bothers you?

The Unleashed One
The way I'm going to start this will make you think of Miss Sophia from The Color Purple, but the sentiment is how I've felt throughout my life.

All my life I've had to fight.

I have had to fight against a narrative crafted by others due to my origins. You see, my mother was extremely young when she got pregnant with me. This played into the cliche of "Girls from teenage mothers become teenage mothers themselves".

On top of that, my mother did not graduate from high school, also producing another belief, "Children who are products of high school dropouts end up not finishing school."

At a very young age, my mother moved away, leaving her parents to raise me and concerns about "how well adjusted I would be, due to lack of mother and father".

It made me feel as if it was me against the world the moment I came out of the womb. I already felt aged. There wasn't that carefree ambiance of my spirit because I felt the pressure ... the residual left behind from the pain of the past. Restraint was placed on my actions to prevent a repetition of history. A history that caused my grandparents a great amount of pain that my mother probably did not factor with her decisions.

This statement is a bit of a double-edged sword. There is accuracy in the statement, particularly for people of color. It is hurtful because although there's more birth control available, there's still those who don't use it or who aren't using it properly.

The percentage is greater in the South (where I'm from), particularly those areas who constantly preach abstinence, leaving teens to sneak around and have sex instead of being able to have an open dialog with their parents about the subject. I believe that abstinence is something to strive for, even waiting until marriage, but for many, it is unrealistic, simply because of peer pressure and overall curiosity. Therefore, it's better to get one prepared, in the event that it does happen.

For me, my mother getting pregnant so young was a teachable moment. It was a teachable moment on what not to do. Maybe it was the empathic connection I had with my grandparents and my surroundings that drove that point home. Hyperfocus was placed on education and extracurricular activities. I was busy fighting a narrative, a narrative I refused to let the neighborhood or society place on me.

Children who are products of high school dropouts end up not finishing school.

Pregnancy is one of the main factors why a teenage mom drops out of school. However, the automatic assumption that the child will also be a high school dropout upsets me. Not only did I finish high school with honors, but I also continued on to college, making me a 1st generation college student. I even graduated from college.

I don't think a person should be counted out based on poor beginnings. Not every person is suppressed by the environment. Some are able to thrive and make the best of things.

Children who aren't part of a two-parent household (mother and father) aren't as well adjusted as those who do.

It's the inaccuracy of this one which makes me shake my head.

This standard bothers me because it places too much focus on presence rather than participation. Let me see if I can elaborate.

Just because a mother and father are in the home together, it doesn't mean it is a happy home. Mom and Dad could constantly be fighting. There may be a situation where one or both parents have to constantly work, barely having time for their children. Is it really better for Mom and Dad to stay together, to keep up appearances because a two-parent household is more beneficial than the alternative?

To be honest, it's a toxic narrative. Children pick up the message to endure, even if they are miserable. It teaches them that their happiness isn't as important in their relationships as "the look" ... the look that everything is copacetic.

Don't get me wrong. I'm not saying that single parenting isn't rough. In fact, it's highly difficult. But it is better for children to see a parent that is happy by one's self than in a relationship but is miserable.

I did miss out on having talks with my mother about boys, although I was more invested in books than boys (and still am 😆).

I didn't have any formal guidance on what to look for in a good man, besides the example my grandfather set. Yet, in the grand scheme of things, I turned out as well, despite the circumstances delivered my way.

Would I have been more adjusted if my mother hadn't left and my father decided to be a part of my life? In my opinion, both of them were too immature. They were children themselves still learning to be adults, and it's tough to do your own growth when you have a baby who depends on you.

(AKA: The way we are seen by the opposite sex or potential romantic interests.)

What bothers me the most about this cliche/stereotype is both the accuracy perpetuated by other Latinas and the inaccuracy as it pertains to my person and soul-makeup.

This derision runs deep and I don’t know if I can even put into words how much this really bothers me. When I say ‘it runs deep’ I mean that with every fiber of my being—there are so many layers to the disdain.

Perhaps to better explain I would have to start at the beginning.

Once upon a time, it all started with Hollywood and the Hood …

As far back as I can remember, the media has depicted the Latina type as some sort of whimsical and supernaturally-passionate, sensual and sexual female. We’ve been portrayed as the iconic Mexican woman with the baroque crop-top and bohemian skirt, with a flower in her long, streaming ebony hair.

This female has an accent “to die for”, and a body that will make the gods melt. She has a small waist, perfect 34C breasts, a plump and round bottom, and strong tanned legs.

She is fierce and vulnerable all at once. She can wield a gun like a man but cook a feast like any professional chef. In bed, she is a nymph that moves like a deity and turns man into mush.

She’s envisioned as this larger than life goddess with the voice of a siren and the looks of an angel.

Yet, on the very same token, due to the irrevocable and damaging effects of poverty she lives and is bred by the Hood. Therefore, she succumbs to the influences therein. This makes her hard; a shell that can’t be broken. She is uneducated and unintelligent. She is extremely low-class and has no etiquette but is deluded into thinking that she is a rockstar. She has several children from different men and lives off of welfare. She holds a low-income job, lives in the projects and spends money beyond her means. Though she is a family-oriented woman, her family is the streets. Because her family is the streets, she has an alcohol problem, a drug problem, runs with danger and lives in fear masqueraded as strength.

Furthermore, she is most certainly not a “gringa” but don’t you dare call her “black or colored” because this offends her.

She is Rozie Perez, Sofia Vergara, Jennifer Lopez and Penelope Cruz all rolled into one.

The issue with this is that “SHE” is not real. Especially as it pertains to me.

My entire life I’ve seen this stereotype perpetuated by my family and Hispanic friends. It’s like they have lived their lives according to the mold preordained for them. Like … this is what they are supposed to be, so they submit to that rule. They identify as this matrix, they can’t see themselves as anything else.

This cliche makes me feel more alone that I can say.

It makes me feel like an outcast among my own “people”. Though I’ve always known that I was an alien to my family … an enigma that they cannot comprehend, and have accepted this, I still feel homeless. And yes, “homeless” is exactly the word I am looking for. I feel as though I belong nowhere and to no one. I feel like my home—my origins—is a farce.

What hurts the most?

I do feel as though some of these traits pertain to me. I am fierce, feisty and passionate. I do come from humble beginnings. I am strong and strong-willed. I am family-oriented.
But due to the fact that I see myself as a soul, I also feel as though I am much more than that. I am so much more.

I am talented.
I am intelligent.
I have wisdom.
I have love beyond measures to give.
I am ethereal.
I am eccentric.
I am down-to-earth and elevated all at once.
I am spiritual and scientific.
I am black, indigenous, and Spanish.

I am … sooooo much more.

But what I am not, is the cliche.

Thanks so much for stopping by. Stay tuned for the next Shadow Work Sunday. 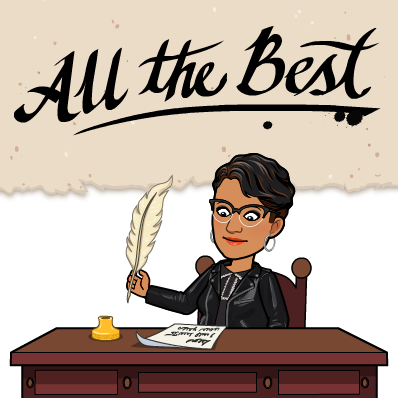