About "Dimensions of Literary Seduction"

I was thinking about "Dimensions of Literary Seduction" and which of the stories is my favorite. I often get asked which one of my stories out of everything I have written throughout the years is my favorite. Asking an author said question is like asking a parent which one of their kids is their favorite. It's impossible to choose. But, I will say that I am inclined to "prefer" (using the term loosely) one story over others. Not because it is my favorite per say, but because of the premise of the story.
Contrary to what people might think, my most esteemed story among the collection would have to be the shortest, "The G Particle".
Here is why ...

In order to best explain my answer I suppose I would have to rewind the clock about 5 years.

The thing the precipitated the writing of "The G Particle" was a dare between a small group of authors and myself to write a Micro-Short story (also known as Flash Fiction) with a sense of depth in less than 500 words. While the version that you will see today in "Dimensions of Literary Seduction" is a bit longer, believe it or not, the original story totaled 499 words.

Truth be told, I have gotten a mix of good and bad reviews about "The G Particle". And, while I appreciate both views, I am inclined to believe that the bad ones come from the fact that some people cannot understand the concept of a Micro-Short.
Micro-Short stories are meant to make you think, nothing more and nothing less. In contrast to full length short stories, novellas/novelettes and full length novels, the micro-short is an altogether different entity.

The notion of "The G Particle" came to me from 3 places:

(1) The question, "What is the meaning of life?"
(2) My love for Science Fiction
(3) The query of how the Universe is intertwined.

Thus, the idea of a Computer Programmer with an apparently "boring" life was born.
In come G.

G is very much your average guy. He works, questions the Universe, in fascinated by seemingly inconsequential things, comes home and does it all over again every day. Nothing in G's life seems to have any meaning or purpose. So, he speculates. It's the only thing that satiates his need to know. More so, to connect to something bigger. But, as luck would have it, G can't seem to find that sense of belonging or nexus.
G, to me, represents the larger populous ... we all need to feel a sense of connection to someone or something. Whether it be the Universe, a person, family or even nature, we all want to belong to something greater. It's the link that binds us.
In "The G Particle", however, I use the Higgs Boson, better known as "The God Particle" to make the ultimate connection between man and God. But, I also leave the story open for interpretation at the end.
Personally, in my mind's eye, I like to image the Multiple Mirror System as the sum of the story. 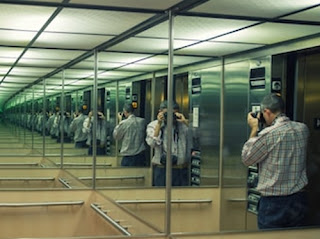 This idea poses the question, "Who is the Creator and who is the Created?" It's makes for a fascinating theory. The ideology that the Universe is a continuum; a string of Creator and Created, never to cease or be discovered in absolution.
It is this reason why "The G Particle" is such a fascinating story to me. On the surface, it doesn't seem like much of anything, but at its core "The G Particle" asks the questions, "Who is the true manipulator at the string of our lives? Is it our choices, or something else entirely?"

Well, there you have it, folks. My answer to the aforementioned question, "Which is my favorite story in 'Dimensions of Literary Seduction'?" 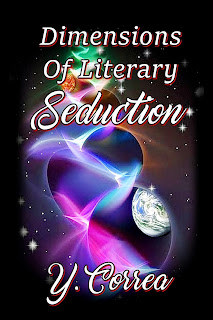 "Dimensions of Literary Seduction" will be officially released tomorrow ...


Don't miss out on your opportunity to read, "The G Particle" and experience the subtle depth for yourself!