What’s happening everyone? The Slightly Antisocial Socialite, also known as Da’Kharta Rising, here to talk about all things associated with Concordant Vibrancy.

What prompted you to be a part of the Concordant Vibrancy concept?

No lie. At first, it was all about the exposure.

When I made my writing debut, I didn’t have too much under my belt, apart from a couple of free independent short stories: “Vocal Remedy” and “Simi’s Komma” (which later became extended into S.K.A.R.). Also, I was one-third of “The Collective”, so there were those three stories.

As time went on, I became more invested in the theme questions and really traveled the extra mile to put my “best pen forward”, especially in “Inferno” and the newest one “Extancy”.

Other than that, nada.
Which Concordant Vibrancy books are you featured in?
Originally, I was only featured in Books 1, 3, 4, and this latest one. Yet, when All Authors reemerged with guns blazing, one of the projects they wanted to update was the previous releases of Concordant Vibrancy. At that point, I became part of Book 2’s relaunch, delving into new territory, writing an essay.
Why did you choose a certain attribute as your answer to CV5's theme question?
I know … I know! It seems strange that someone whose main genres have to deal with drama and horror would land on “Felicity” as the answer to CV5’s theme question.
This time around, I wanted to show the readers a different side of me. One who has a sense of humor, albeit dark and sarcastic.
In “The Unmasking”, one may pick up parallels as it relates to the pandemic, but I put on my love for movie butter popcorn that all is fictional. Also, “The Unmasking” was written many months before any scientific advancements were reached.
I could have gone with a few excerpts which I found funny, but some of those would not be PG Book Tour friendly. Therefore, my publisher has selected one a bit more fitting with the cadence of the tour. 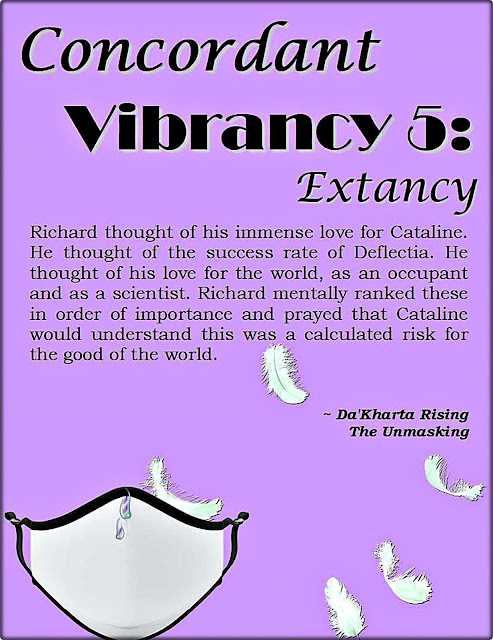 Okay … I think I’ve said all that has been required.
Now, for the supplemental aka “Braggadocios Bits”: 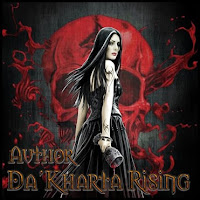 About the Author
Although Da'Kharta Rising prides herself as the Slightly Anti-Social Socialite, or SASS, there is nothing non-engaging about the biology of what she writes. Her philosophy is somewhat of a throwback: systematically creating an air of mystery, intrigue and drama designed to keep the reader not only hooked but using one's imagination to follow a rich plot from beginning to end.
In short, Da'Kharta Rising embodies the Incandescence of a Cryptic Enigma.
Her body of work is composed of independently released works Vocal Remedy, S.K.A.R., Boundless Limits (Transcendent Choice, Book 1), and Apocawhat?.
Her stories “Unrest” "Omitted", and "The Kutters" appear in the Continuous Drips anthology. In addition, she has stories featured in the Divergent Ink collection: "Inside Me" and "Masato's Zion", respectively.
Future projects include participation in the next Divergent Ink books (“Cynosure” and “Synergism”) as well as the When Karma Speaks series.
For more information about Da’Kharta Rising, check out her website, Amazon Author Page, or Twitter @dakhartarising.
on January 07, 2021