Ova Veugh Does it Again! Come take a look.

Hello everyone! Ova Veugh here and welcome to the debut episode of Claret Conversations. 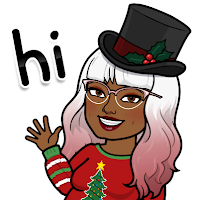 Usually, when you think of December, you envision cold weather. Select holidays. The savoring of good home-cooked meals. The exchange of presents. The gathering of people, singing, laughing and expressing what they are thankful for.

I am excited to introduce two people who I deem Connoisseurs of Sensual Heat. One is known for his Syncopation of Ravishing Intensity. The other is well-known for her contemporary views on relationships and sexuality. Please give a warm welcome to Authors Adonis Mann and Synful Desire.

Adonis and Desire, it is fantastic to have you as my first guests on Claret Conversations. Before we talk turkey about your latest joint project, I would like to offer you a choice of wine.
Adonis: White, if you please.
Desire: White, please.

I will have a bit of hot apple cider myself. I never conduct interviews while tipsy. 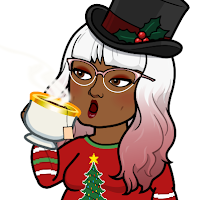 Okay, now that I have handed out refreshments, let’s get the show on the road.
My first question is for Adonis.
How did you come up with your preliminary catchphrase “Syncopation of Ravishing Intensity”, and why did that same phrase fit your first short story collection?
Adonis: Well, the “Syncopation of Ravishing Intensity” catchphrase was the brainchild of Author Queen of Spades. You see, many months before the birth of S.O.R.I. I was searching for a catchphrase that would encompass my sapient style of writing as well as the flow of my prose. One day, as we had an Author Mentoring Meeting, we brainstormed several variations of a catchphrase that might serve the purpose. A few words thrown around were “Ravishing” and “Intensity” followed by someone saying “But Adonis there is a certain syncopation in your words.” At that very moment Author Queen of Spades said, “That’s it! Syncopation of Ravishing Intensity! That totally describes you, Adonis.” and there you had it.
As it pertains to “Syncopation of Ravishing Intensity”, a.k.a. S.O.R.I., which story is your favorite as it pertains to the following categories:
a. Readability
b. Characters
c. Intensity
d. Resonance
Adonis: My personal favorite story in S.O.R.I. was “Tyronian Rapture”. Apart from being among the very first stories I wrote for the collection, it somehow took with it a piece of my heart. I find that it has all of the aforementioned variables; readability, characters, intensity and resonance. Although the setting is historical, the way the story is told is very relatable and captivating.
Now, Desire, a question for you.
Since you arrived on the scene, you’ve always touted that “Surrender is Liberation”. What has that meant to you? Is the meaning the same from its conception until now? As your writing evolves, have you ever felt pressured to change it?
Desire: To me, although I apply “Surrender is Liberation” to writing, it is actually a concept that is applicable to all walks of life. In order to function as a physically healthy individual, one must surrender to the process of health, to find liberation in the benefit the process provides. This can also work for the mental, emotional, and spiritual in humanity.
I do not want to digress, so I will stick to speaking about me. I was adamant that I did not want to be constrained by what others defined as my writing style.
Although I burst on the scene writing erotica, I never wanted to be known as the “standard” erotica writer or just to be an author who delved into erotica. Erotica is more than just intensity. It involves sensual intelligence, emotional architecture, anatomical symmetry, along with what to say and when to say it. I swear, to hear someone brag that “anyone can write erotica” makes my skin itch. Sure, one can string obscene words together, but that doesn’t exude erotica or sexiness. It is the other components surrounding the words.
Even though I’ve explored a myriad of genres, “Surrender is Liberation” still applies and means the same. I feel no pressure to change it because it still fits my vision of how I see myself and live my life, both as an author and as a person.
As it pertains to your flash fiction anthology “Amoresels”, which story is your favorite as it pertains to the following categories:
a. Readability
b. Characters
c. Intensity
d. Resonance
Desire:
a. In my opinion, readability goes to “Taste on the Move”. I won’t give much away, except food and hunger.
b. For characters, it would have to be the title story “Amoresels”. The interactions between the hosts Maeve and Dawood along with their invited guests were highly entertaining.
c. For intensity … this is a tough one … but I have to say “Full Circle”. Primarily because of the emotional backstory that drove the action.
d. As it pertains to resonance … another difficult decision … I pick “House of Mirrors”. The way the story came together still leaves me in awe.
Now, a question for you both. 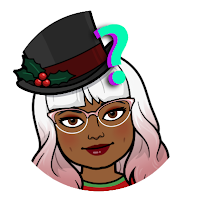 Do you take time to read each other's stories? If so, which one is your personal favorite and why?
Adonis: I absolutely do read Desire’s works. As a matter of fact, she is one of my favorite contemporary romance writers. There is a fanciful groundedness about her style that appeals to me quite a bit. All of Desire’s stories are charismatic and enthralling in their own rights no matter what she writes. I personally have a soft spot for her newer collections called Amoresels. So much so, in fact, that I wrote the Foreword for that collection of micro-shorts. There is a “fetish” for every personal preference and a savoriness for all taste buds. I highly recommend it. It’s a super fun read.
Desire: I do take time to read Adonis' stories. There is a unique melody to his story writing that soothes me. One of my personal favorites is one of his newer selections "Twin Flame Duplicity". Although it is a free offering, there is a level of intensity and intrigue which packs quite a punch.
What made you two decide to collaborate for the first Simmer book?
Adonis: It was Desire that came up with the concept of the first Simmer collaborative based on the original story called “Simmer Sweet” which was a short story she wrote that was initially being given for free to readers. One day she decided that she would make an extended edition of the story and that was when she invited me to be a part of it. I think that her reason to have me collaborate was because I did not have many publications at the time. But, in all actuality, she tells the story much better than I could ever. Thus, I will let her expand now ….
Desire: Donny, I think you actually covered it fully. Adonis was newer than I, and I believed it would give him great exposure.
Okay, back to you Adonis.
How did you segue from your original tagline to your current one? Was the transition gradual or all of a sudden?
Adonis: It was indeed gradual but had more to do with what was going on around me at the time.
You see, the All Authors Authors seemed to all be growing out of their taglines, if you will. The transcendence that had become our collective storytelling styles seemed to beckon a transitioning of taglines—something that explained where we stood now in our writing careers.
It took me longer than most of my brethren to make the transition as I was having difficulty finding something that truly fit.
One day I decided to call a meeting. The focal point was to come up with a tagline that better suited my growth.
We all went back and forth pitching various lines.
Funny enough it took a collective attempt to come up with just the right string of words. Some people felt that “Whimsical” was a great fit for my style, whereas others thought that I was a “Wordsmith”. Others still believed that my writing style took you from earth to something like a Nirvana. Hence the word “Oasis” was selected. The final product was “Wordsmith of Whimsical Oases”.
I find it fitting. 😃
How did the idea blossom to do a continuation of Simmer? Would anyone reading Simmer: Sensual & Spicy have to read Simmer: Smoothe & Sweet to avoid being confused or lost? 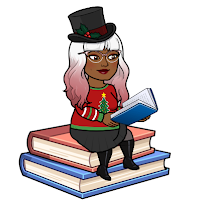 Desire: Well, our publisher came up with an updated cover concept and interior design for Simmer: Smoothe & Sweet. This gave me a chance to go through the book. I found myself not only back in Kesha and Teresa's world but also Tommy and Spencer's, imaging what was next for all of them. I suggested the idea to Adonis, and well, here we are! Donny, do you have anything to add, as far as origins?
Adonis: Not at all actually, Desire. I think you pretty much covered it. 😀
Desire: I am speaking in reference to my story "The Simmer of Spicy". Since Kesha does a bit of flashback during her narrative, the reading of "Simmer Sweet" is not necessary, but for the full simmering, if you will, I would recommend reading both Simmer books.
Adonis: In my telling of Sensual and Smoothe, it is very important to read the first story in order to understand the second.
Why do you think Whimsical Liberation fit you as a duo?
Desire: I think it encompasses the best of us both: Adonis' way with words and the liberties I take to make the audience "see the emotions".
Adonis: Agreed. The bonus being that it sounded incredibly smooth together, if you would excuse the pun.
Will there be any future projects by Whimsical Liberation as well as any solo ventures? If so, please share.
Desire: We do have a project in the works called “Blinks of Passion”, which will feature works by Donny, works by me, and a fusion of words by us both.
Individually, I have a new story entitled “Rome’s Debris” that is to appear in Concordant Vibrancy 5. I will also be participating in the next installments of Divergent Ink.
The concept of Convoluted Prism has been reimagined, which is why I have not spoken much about it lately, but with the restructure, I am satisfied that it will produce a better product. I am also thinking about expanding the world of Delectable Things as well.
I also have a couple of future writings planned with my contemporary sister-in-write C. Desert Rose, which I am over the moon excited about.
All in all, I will be incredibly busy, but that’s no surprise. With me, there’s never a dull moment. 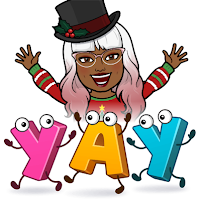 Adonis: Yes, “Blinks of Passion” is not due to come out just yet, but it is certainly in the works and I am excited to see where that will take us.
As far as any individual projects, I do have the newest contribution to Concordant Vibrancy 5: Extancy completed and submitted. This will most certainly be available when the book is available.
I also have a few things up my sleeve, although, I am not altogether certain when they will be completed. One will be a novel, the others will probably be a combination of short story collections and collaborative works.
I’ve been asked by some fans to create a S.O.R.I. 2 but that won’t be happening. S.O.R.I. was a once in a lifetime book and making a second installment would be doing it an injustice. 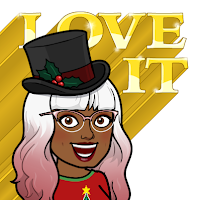 Okay, that wraps up this premiere episode of Claret Conversations. Thanks again to Authors Adonis Mann and Synful Desire for carving time out of their hectic schedules.
Alright folks … Ova and out! 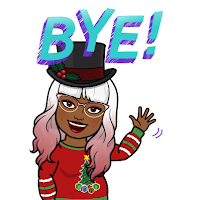