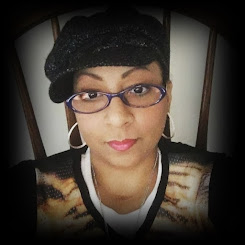 Who is Y. Correa?

Y. Correa is a literary seductress, luring one in with her talent of Romancing the Words, keeping one hypnotized with dynamic characters, and stimulating one with engaging narrative voices, strong plots, and epic conflicts. Her writes are as complex and as distinct as her person; a delightful combination of eclectic and antiquated.

Therefore, the mere mention of fitting into one set genre is laughable. The multi-genre decadence is where she showcases her magnificence.

Y. Correa is also the creator and founder of All Authors Publishing House and all of its subsidiaries, as well as the now popular Facebook Group, "Talk Books To Me" a place where all authors from all walks of life can come to promote their works.

Apart from being a prolific Mulit-Genre author, Ms. Y. Correa is also the Founder and President of All Authors Publishing House. She considers herself an avid reader, a dedicated mother, a great friend, a committed family member, a great cook and complicated in an uncomplicated sort of way.

What are her Science Fiction Contributions?

Y. Correa is a fecund writer with several Science Fiction works in her arsenal. However, her love for the Earth 8-8-2 Saga stands above all. Therefore, today we will share the complexities of that saga with you.
To learn more about the Earth 8-8-2 Saga, visit its Website. You can also learn more about Y. Correa's other works by visiting her Website.

Could Science Serve as Salvation?
One-fourth Human.
One-fourth God.
One-fourth Superhuman.
One-fourth Vampire.
For Dr. Scott, the combined strengths of each life form represent the answer to the onslaught of malice and tyranny plaguing his Earth. When his creation—Genesis—begins developing, the lines between scientist and father become blurred. Soon the time approaches where Genesis is expected to fulfill her purpose. Does she go along willingly, or will her rapid evolution obliterate everyone’s best laid plans?

What happens when Science’s Instrument of Salvation blazes her own path?
In the second installment of the Earth 8-8-2 saga, Genesis is heartbroken, disillusioned, but most of all … angry: angry that she has no say-so in the narrative of her own purpose. In the absence of choice, the only response that makes sense is rebellion.
As Genesis elicits the intensity of her powers, General Townsen must act quickly to develop a counterbalance to this previous experiment gone askew. Will the General’s army rise effectively against this unlikely nemesis, or will all see the literal overtures of what occurs when powers that be attempt to regulate true evolution?

In the midst of Genesis' emotional Armageddon comes an Armageddon ... of a different kind.
From the residual carnage arises Experiment-8-8-2.1, Project Armageddon. He desperately seeks the answers to his own existence. Upon searching, Armageddon is confronted by the blinding fury of Genesis, which serves as an unwelcome hindrance until the timely interjection of Dr. Anicom Zenit.
When Experiment-8-8-2.1's origins and purpose is divulged, will Armageddon continue to rise? Or will the exquisite apex of scientific rebellion known as Genesis remain a formidable deterrent of progress?