Who is Bonnie Milani?

After completing her MA in Journalism at Stanford, Bonnie worked as a freelance feature writer before going on to teach writing at Learning Tree University. Her science fiction works have won multiple awards, including the Evvy Gold award and Readers Favorite.
NOVELS & NOVELLAS
SHORT STORIES

What is her Sci-Fi Contribution? 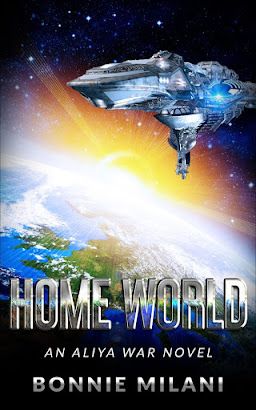 On a shattered Waikiki two princes risk humanity's future for Keiko Yakamoto's love. Who will she choose - or kill?
Centuries of ruinous war have left Earth little more than a dusty tourist world within the star-flung Commonwealth she founded. Now, amid the ruins of a post-apocalyptic Hawaii, Jezekiah Van Buren has found a way to restore Earth - Home World to the other worlds of the Commonwealth - to her lost glory.
The most ingenious prince even the genetically-enhanced, Great Family Van Buren has ever produced, Jezekiah has achieved the impossible: a treaty with the human polymorphs called Lupans, that will convert these ancient enemies to Earth's most powerful allies. The treaty will not only make Earth rich again, but it will enable Jezekiah to escape the Ring that marks him as Earth's next ruler. Then he'll be free: free to create his own future, and free to marry Keiko Yakamoto, the warrior-trained woman he loves.
Assuming he can convince his xenophobic sister to accept the Lupan's alpha warlord in marriage before the assassin she's put on his tail succeeds in killing him.
Assuming he can thwart another deadly uprising by the interstellar criminal organization called Ho Tong. And before his ruling relatives on competing worlds manage to execute him for treason.
Jezekiah manages to stay one step ahead of his foes, until his Lupan warlord-partner reaches Earth. And these two most powerful men suddenly find themselves in love with the same woman. A woman who just may be the most deadly assassin of them all.