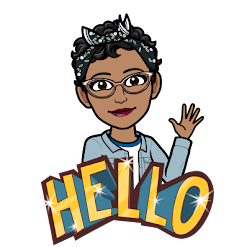 Guess what day it issss?
Yep, it's that time again. Although this week my post is a bit later than usual. Instead of Sunday, it's going live on a Monday. That was my fault. I've been mad busy lately.
This week's Shadow Work Assignment is the following:

In what ways are you inauthentic? Why?

Tacking this first, as per usual ...

When I first saw this question as part of the shadow work, it did take me aback. I try to the best of my ability to be as authentic as possible. However, I also have to accept that part of inauthenticity can show up in behaviors based in trauma or experiences, so from that angle, I do have to admit areas where I’ve fallen short and work on ways to address them.

I am inauthentic when it comes to expressing when I am feeling unwell.

Since I suffer from several chronic ailments I find myself often saying the generic response "I am okay" when asked "How are you doing?", or even the more direct question, "How are you feeling?" I have already told myself that other people have it worse than me, which may be true. Yet, I have, with that response, devalued my own pain and the impact my chronic illnesses have in my daily operations.

One example of this occurred earlier today. I was hyper-focused on my workload. Although precautions have been taken to make my workplace safer, some of us still have to work from home because the occupancy of the building would be too high if all of us were allowed. I am one of the people still working from home.

While doing my tasks I began experiencing symptoms related to my levels dropping (blurriness, occasional transposing of numbers, and feeling incredibly cold). I waited until I got a moment to check my numbers. As I suspected, they were under 70. However, instead of interrupting my friend, who was also working from home, that I needed something to bring my numbers up, I said nothing and still tried to behave as if all was okay. That behavior benefits me none, and I realize this. But it's the programming.

"Others have it worse."

"No one cares that much."

"You can't expect someone to pause to help you out."

It's a vicious cycle, especially when you are known as …

The characteristics often seen as positive are the same ones that freeze my vocal cords when I am in predicaments when I feel or exude the opposite of any of the aforementioned.

I am inauthentic sometimes with my utilization of the word "yes".
Did I confuse a few of you there? 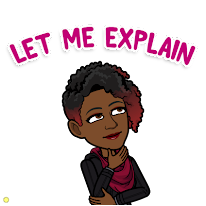 Growing up, there were certain situations where although I wanted to say "no", cultural and/or family teachings ("bullied" would be too strong of a word) "strongly suggested" that you say "yes".
The way I was brought up, someone cooking for you was an expression of love, care, and hospitality.
If a guest showed up at your house, you were supposed to have a complimentary beverage for him during his visit. If he planned to stay during the time you were to have lunch or dinner, you'd offer to fix him something as well. If you were only planning on having a snack, then you would offer him a snack.
It was unacceptable to have a guest (whether expected or unexpected) visit your house and not have any nourishment to offer him. He took the time to visit, and that has value. The offering of something from the home is expressing a token of appreciation for the visit. 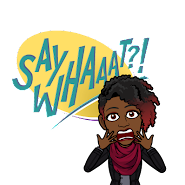 It was also unacceptable if someone had cooked for you, to nibble at or state that you "don't eat said food". Even if it's for a valid reason, it is considered an insult to the host.
Because I was brought up in this way, it's like autopilot for me to say "yes" when someone insists that you have a dish. It was easier when I was younger, although even back then, my palate was particular.
As I got older, my eating habits have changed. With that transition, many dishes I've indulged in previously I either no longer eat or are too salty, sweet, etc. For the foods I still eat, I often modify to be less sweet, less caloric, more anabolic, etc.
Whenever I visit my hometown, it is a challenge. Many of my family members still eat the way I used to from the past. They haven't fully realized that in addition to making exercise a regular part of my life, the foods I eat, along with the quantities of the food, have changed as well.
However, because I don't want there to be hard feelings over the refusal of food, I either (a) just take it "to go"(b) only eat a small portion of it, or if someone is making a comment equal to "is that all you're going to eat", then I do (c) eat the majority of the dish, making modifications to not eat as much for the remainder of the day, or incorporate more exercise.
Going forward, if I am going to visit someone who will want to cook for me, it is a better idea to express the changes in my eating habits ahead of time. If these modifications bother the person, then I will just tell the person not to cook for me at all. I can't allow the art of being polite and not wanting to ruffle feathers to cause me to potentially backslide on the progress I'm making with my health. 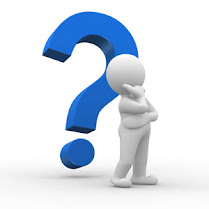 Another part of this involves social situations, particularly very large gatherings. Large gatherings make me uncomfortable. I tend to get overstimulated which can bring forth anxiety. Although educating myself with coping mechanisms has helped greatly, it's better for me to be more preventative by not putting myself in the situation in the first place.
If it's something related to my job that's mandatory, that can't be avoided. However, if it isn't work-related, it's better for me to say "no" than to say "yes" and feel high levels of angst leading up to the actual event.
Initially, I believed it was my introverted nature that was the main drive of not wanting to be around people. In reality, it's more than likely the empath. Over the years, I've become able to be around a small group, provided that the energy from those people is positive and welcoming. Especially if that small group of people does something I do as well or share an interest in an activity I want to learn more about.
There could be more but these are the top two that stick out. Perhaps as they arise, I will journal on them privately or do a follow-up to this post. Now, I give the floor to Mini Truth.

Mini Truth
So at first I really thought that this question didn’t pertain to me. I even said so to the Unleashed One when we were discussing it prior to writing our post.
Then, upon closer consideration, I realized that it does to some degree.
I am inauthentic when it comes to expressing my true emotions and pains with other people. And, with close inspection, I realized that the reason why I refrain from doing so is because of trauma. It was ingrained in me, deeply, that my feelings didn’t mean diddly-squat to anyone. I don’t think that I have a whole lot to say here, but I will try my best to be clear.
At a young age, through my mom’s actions, I was taught that pain is a competition. Someone always hurts more than you. Usually, she was that someone.
If I hurt about something, she hurt more. If I felt some kind of way about something, she did so more. And so it went until one day, I just shut up. I felt defeated. I remember that being at a very young age. I may have been 7ish when I learned that I should just stop talking about what hurt me because it was useless.
This same methodology even translated into the proverbial “tattle tailing” that kids do on their siblings and classmates. If I complained about my brother and how he abused me, I was told that I was a cry baby and that I just needed to suck it up and shut up. Literally, those words. If I came home and complained about the bullies that hurt me, I was called a “pussy” and that I needed to learn how to defend myself. “Fight!” I was told. Eventually, I started doing just that. With the bullies as well as with my brother.
This was the beginning of a roller coaster ride of perpetually devaluing my pain and imposing hers upon me.
I know now that she probably didn’t know any better back then. And since then, she has tried very hard to make amends. But the scars are still very raw.
Later on in life, I married a very bad man. He was a terrible, lowly person that continuously berated me. And whenever I complained … about anything … I was made to pay the price in some sort of abuse or another, whether that was verbal, mental or physical.
Now, 14 years hence since the big breakup, I still find myself in that cycle of self-talk that says, “No one gives a shit anyway.” That is further complicated by the profound disdain I have for the term, “You’ll be okay, just be strong” or any other variation of the same.
The only person I trust enough to tell anything regarding my emotions and/or ailments is the one doing this entry with me. And whenever I do that I feel a great sense of guilt. Like I am burdening her unnecessarily.
It is even hard for me to confide in doctors because so many of them, that I have seen, have minimized my pain. They’ve made me feel like I am insane or something. So it feels like I am facing the same thing I went through in my earlier years all over again, except this time by a supposed professional.
Nowadays, I find myself being incredibly inauthentic when people ask me how I am doing or how I’m feeling. My usual reply is, “I’m fine.”
Or if I do slip up and say a little bit of how I am feeling it would sound something like, “I am not completely up to snuff today, but I’ll survive. I always survive. I’m strong.” It’s almost like I am saying it because it’ll save them the hassle of having to say it.
When you add to that the thought that always occurs, “They are probably having a worse time than you” I then find myself in a perpetual loop of downplaying my own emotions just to give merit to theirs.
Now, it’s happened so much in my life that I’ve gotten to the point of indifference of how others (outside of my circle) feel. I couldn’t care less. It’s almost like my mind goes to, “If they don’t give a shit about my pain, why should I care about theirs?” It’s a dark place to be, for sure.

Thanks for reading another installment of Shadow Work Sunday.
Later, Gators. 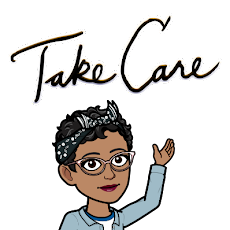